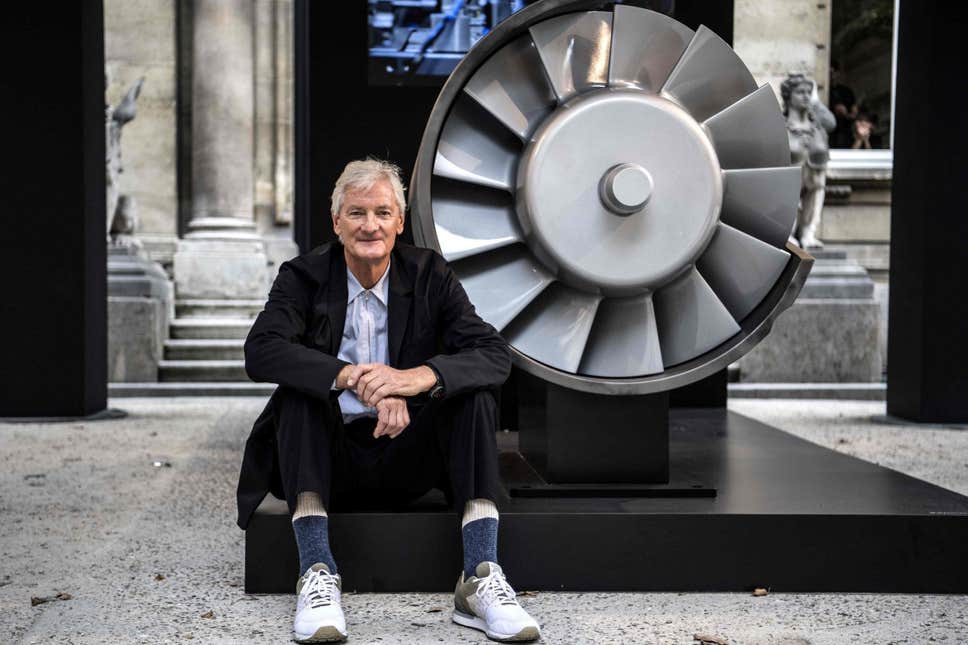 As the Sunday Times publishes it’s annual Rich List. Sir  James Dyson tops the list as the richest in the UK with over £16.2 billion in wealth. The Sri and Gopi Hinduja and family also rank second with a close worth of £16 billion.

The richest in the UK

Sir James Dyson is the richest person in the UK, according to the new edition of The Sunday Times Rich List, to be published this Sunday, May 17. The 136-page special edition of The Sunday Times Magazine reveals the wealth of the 1,000 richest people in Britain in its 32nd annual edition.Topping the list for the first time is Sir James Dyson who, despite spending £500m on the development of an electric car that will never go into production, is now worth £16.2bn, up £3.6bn on last year.

The entrepreneur, whose revolutionary vacuum cleaner foreshadowed his subsequent redesign of hairdryers, air purifiers and fans, said, that his team could not find a way to make the car commercially viable.

Dyson’s group of companies made profits of £1.1bn on turnover of £4.4bn in 2018. Although no figures for 2019 will be published until this September, The Sunday Times Rich List understands that earnings rose by at least 20% last year, powered by rising sales in China and other international markets, bumping up the value of the business to £14.5bn.

Along with his family, Dyson owns more land in England than the Queen, totalling more than 36,500 acres. He recently boosted his immense property portfolio with two properties in Singapore, together worth about £70m. There are also private assets of £1.7bn, including salaries and dividends of more than £500m since 1999 — propelling the Brexit-backing businessman to the top of the Rich List.

In February The Sunday Times Rich List anticipated this year’s billionaire count would rise to nearly 160, with the minimum wealth needed to count among the richest 1,000 moving beyond £125m. The coronavirus pandemic has changed all that. After a full revaluation, The Sunday Times Rich List sees the billionaire count fall by four to 147, with nearly two-thirds of the billionaires having seen their wealth either flatline or fall in the past year.

However, it is too early to assess fully the financial cost of the coronavirus for many of the super-rich with more loses expected in the coming months. About a quarter of the 1,000 entries in The Sunday Times Rich List have a valuation largely determined by the price of shares listed on one of the world’s stock markets.

Robert Watts, compiler of the Sunday Times Rich List said: “This is a very different Sunday Times Rich List. Ever since the financial crisis of 2008-09 the Britain’s wealthiest people have become richer and richer. Covid-19 has called time on their golden period. This year’s Rich List paints a picture of Britain on the brink of calamity – two months after lockdown and already billions of pounds have been wiped out.

“You may not like the super-rich, but it is hard to deny that our economy will need the jobs they create and the taxes they and their companies pay if we are to escape a prolonged recession that causes further misery to millions.

“There are still grounds for optimism in the pages of today’s Sunday Times Rich List this year, however, with many entrepreneurs who came from modest backgrounds to build successful businesses – often during economic downturns of the past.”

Gopi and Sri Hinduja fall by £6bn this year. They lost heavily in the Indian stock market during the coronavirus-induced crash, before the market recovered some of the lost ground in April. Their Hinduja Group has operations in oil and gas, IT, energy, media, banking, property and healthcare. The London-based Hindujas were last year’s number one and are now ranked joint second. The share price has halved at their lorry-maker Ashok Leyland over the past year and fallen even more sharply at IndusInd, their Pune-based banking outfit. Furthermore, the recent collapse in the oil price has hit their oil and lubricants division Gulf, while its marine arm has also been laid low by the downturn in world trade.

Fourteen billionaires in the national top 20 list have seen their wealth decline in the last year. Another former number one, Sir Jim Ratcliffe, the chemicals baron who controls the Ineos group and who topped The Sunday Times Rich List just two years ago, also falls by £6bn. Ratcliffe’s company produces around 60 million tons of chemicals off its production lines, which are used in packaging, food, construction, textiles, white goods, car manufacturing and other industries. The group is secretive of its financial information but it can be expected that the debt-laden Ineos has been badly hit by the Covid-19-induced slump. The Sunday Times Rich List slashes the value of the business to £20bn, making Ratcliffe’s 60% stake worth £12bn and ranking him fifth this year.

For the first time, there are 25 women billionaires among the 1,000 richest people in Britain and a total of 150 women in the list who have, or share, personal fortunes worth £120m or more.

Coming in at 13th place, Marit Rausing is a new name to the list but not her fortune. She was with her husband, Hans, when the 93-year-old died last August at their 900-acre estate in Wadhurst. His father Ruben began the Tetra Pak business that revolutionised the way the world packages milk and juice. Hans built up the business, later called Tetra Laval, selling his 50% stake to his late brother Gad, whose son Jorn and daughter Kirsten (ranked 6th) control the business. Hans then invested heavily in new products such as lightweight Ecolean, using environmentally friendly packaging material made from chalk. Marit, once a lecturer in medieval German, married Hans in 1958 and now heads the family wealth.

The 2020 Sunday Times Rich List – contained in a 136-page special edition of The Sunday Times Magazine – is the definitive guide to wealth in the United Kingdom, published on Sunday, May 17. It charts the wealth of the 1,000 richest people in the UK. The list is based on identifiable wealth, including land, property, other assets such as art and racehorses, or significant shares in publicly quoted companies. It excludes bank accounts, to which the paper has no access. The magazine includes several interviews and features, focused on some of the leading players and personalities among the richest 1,000, as well as a full ranking by order of wealth.  The Young Rich List details the 50 individuals with the biggest fortunes aged 30 or under.

The Sunday Times Rich List is compiled by Robert Watts. The complete list will be available to the paper’s digital subscribers and will be online at thesundaytimes.co.uk/richlist