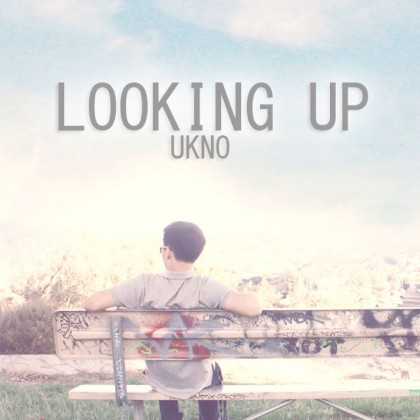 Just after his release of smooth Hip-Hop track ‘Listen’ on the International Independent Charts, we get the chance to brain-pick lyricist and musician Ukno from across the pond.

Hey Josh, so how did you start out in the music game? Tell us a little about your history with music.

So I’ve grown up listening to rap and hip-hop, and as I got older around high school, I really started getting into the underground rap scene. In my sophomore year of high school, my buddy Aaron and I started listening to Black Star (Mos Def + Talib Kweli) and decided that we should try it; he produced and I rapped over his tracks. We released our first mixtape called ‘In Training’ around a year later, and the rest is history. I took a little break around my senior year of high school, and now I’m starting to get back into it, starting with Looking Up. Still on my grind, still trying to get better, because there’s always room to improve.

Who are some of your biggest influences, if you could arrange a show with any artists, who would play alongside?

I’d say the Blue Scholars, the Knowmads, Dumbfoundead, Nujabes are all big influences, just to name a few. They’ve all got different styles and special talents about them, to rock a show with any of them would be amazing. RIP Nujabes by the way, one of the best producers the world has ever seen.

You’re lyrics are so real, does it come easily to you? Where do you get ideas for your lyrics?

My lyrics sometimes they come in a flash, and sometimes I sit in front of my notebook for a couple hours, it all depends what kind of vibe the beat gives me. My ideas for lyrics are all just what I feel and experience, especially for this EP. Looking Up was a collection of songs that kind of served as letters to myself, to keep my head up, and to keep working hard.

Your EP ‘Looking Up’ is out. How long was that in the making? Can you talk us through the creative process for making a song?

Looking Up was actually a last minute idea. I had a couple weeks before I left to college with nothing to do, so I grabbed a notebook, a pen, and a microphone and it just happened. In about 2-3 weeks of working on songs 5-6 hours a day, it started coming together. This was the first EP where I actually learned to mix my own vocals and that was a great learning experience. My creative process is very picky; I only like certain types of beats, depending on the mood I’m trying to convey. Once I find that beat, I look for a feeling coming out of it, and write lyrics to match to them. And that’s pretty much it, pretty simple. When it comes to lyrics though, I’m pretty mathematical about rhyme schemes and rhythms, but that’s pretty much it, the rest I just go with what I feel.

What are some of the challenges in being an independent artist? What are you doing to overcome these challenges?

One big challenge that I still have yet to even get close to overcome is getting your name and music out. I probably am the smallest artist to have an interview with you guys, and my fan base is really small. I’d say your best shot is to just keep making music, and putting it out there to however many people you can. Once you get one fan, they might spread the word. That’s why I’m trying to get fans that really enjoy my music, not just people who give me a view on Youtube and forget about me.

How do you find the time to balance life and music?

In high school it was pretty tough, since I had so many things to do and think about other than music. Now that I’m in college, I think I’ll have a little bit more free time at my disposal. However, it’s never easy. I’d say my music is a hobby, and whenever lyrics or a song idea pops into my head I jot it down, and get back to it. It’s really important to learn how to manage your time effectively especially at 18 years old.

How long do you spend practising your art a day?

Actually not that much recently, sometimes I freestyle a little bit just for fun. When I write something down, I practice around 3-4 times with the beat going before I record it, but nothing too harsh or time consuming.

What advice would you give to an artist who’s trying to get where you are now?

My piece of advice is that it doesn’t matter what other people say or think, do whatever you want if you have a passion for it. In high school I had people telling me I was bad and couldn’t rap. People gave me looks and snide remarks, but it doesn’t matter. You have to do what you like, and because you love it, not for any other materialistic reason. Trust me, you won’t get anywhere making
music for money.

What can we expect from you in the future, any big plans for Ukno?

Hopefully once I start getting settled in college life, I’ll release a
couple more projects, and putting up some new videos on youtube (some live stuff!). In college I’ll meet so many new people, rappers, producers, photographers, and I’m really excited to see whats coming next for me. So stay tuned for some more Ukno in the future.