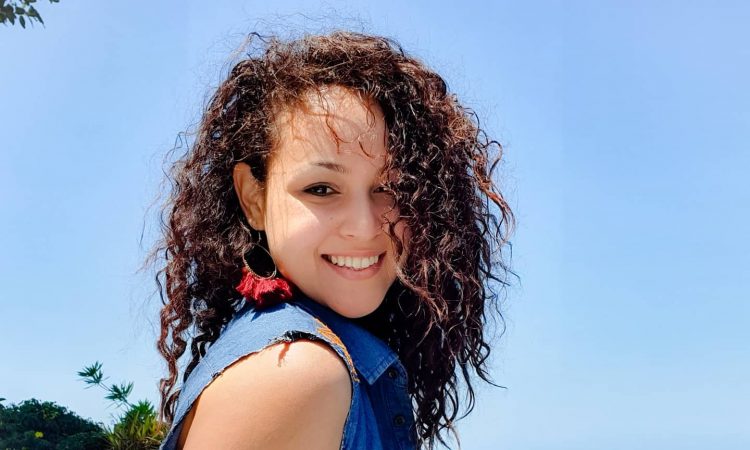 The popular  Mauritian Actress and TV Host Sheryl Smith has signed an exclusive contract with Mokingo International Group.  Mokingo International Group which produces the National Film & TV Awards USA counts as an alumni stars such as Kate Beckinsale, Tom Cruise, Ricky Gervais, Sharon Stone, and much more has offices based in the United Kingdom, USA, Cameroon, France, Mauritius, and 15 other countries. Sheryl started acting at 13 years of age has been described as having a Hannah Montana-esque rise to fame in her home country of the Republic of Mauritius. She has been at the forefront of Pop TV, a comedy platform in Mauritius. She blossomed in several theatre productions at the historical Caudan Arts Centre amongst many other theatres.

From starring in several commercials, movies to being confirmed as the official TV host of the National Lottery in Mauritius. Sheryl is definitely ready to take her career to a next level both in the Indian Ocean and worldwide.

Sheryl commented “I am so excited to sign with MIG. Mokingo International Group is a great family and joining the family worldwide is something that allows me to put Mauritius & Rodrigues on the map worldwide. As an Actress, TV Host, and Content Creator, I have always wanted to work with management that understands the vision and can build success together”.

Mokingo International Group, which launched in the UK in 1999 and within 21 years expanded to over 15 countries breaking all records within the film, tv, music, fashion, and media industry has been behind a variety of success stories, brands, and household names. The company also launched a global social media network platform www.mokingo.com to connect consumers worldwide.

Lisa Fuller, Head of Partnerships at MIG commented “We are thrilled to have Sheryl Smith on the roster.  Sheryl was handpicked exclusively by our President/CEO who saw her amazing potential to reach higher heights. We will be working on her brand, content creation, and introducing her talent to a much wider audience”.

She is trilingual able to speak perfect English, French, and Creole. Sheryl is also considered a triple threat as she is able to act, write, produce and present. After years of appearing on Television, the actress and model continue to capitalize on her newly found intercontinental stardom as  MIG readies to represent the multifaceted talent in branded entertainment initiatives and career expenditure across entertainment, film, and philanthropy.