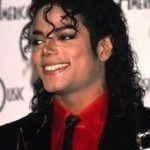 After a two year legal battle, and a six week trial Dr Conrad Robert Murray was earlier this month convicted of the involuntary manslaughter of Michael Jackson. The King of Pop died on the 25th June 2009 of an overdose while preparing for an adventurous fifty date comeback tour. Dr Murray’s manslaughter charge is based on the negligent administration of the anaesthetic Propathal. The defence’s argument was that although Murray had prescribed the drug to help the singer sleep, Jackson was an addict and had been self medicating, leaving Murray unaware of the dose that he had taken.

However, it also transpired in the trial that Dr Murray had attempted to cover up the amount of medication which he had given to Jackson before he rang the emergency services. In a frank interview Conrad Murray told Channel 4’s Steve Hewellet that he agreed he’d been stupid and careless not to have kept proper notes. Although admitting he had been negligent, on the documentary The Man Who Killed Michael Jackson he maintained that he is not a killer. An expert witness for the prosecution Dr Steven Shafer, suggested a major contributing factor to the singers death was that Murray may have been leaving important decisions up to Jackson. Dr Shafer said in his testimony that a ‘good and caring doctor says no to a patient request that is not in their best interest’.

Doctor Murray, who has had his medical licence revoked, will be sentenced on the 29th of November and could face up to four years in jail.