WHAT HAPPENS AFTER HONEYMOON PERIOD IS OVER? 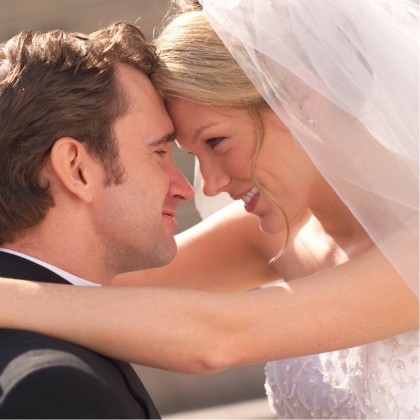 Millions are now stuck in unhappy marriages – but will not walk away for fear of financial or emotional hardship, a report has revealed. A study of 2,000 married people revealed a fifth feel ‘trapped’, and would end their marriage today if their future financial security was assured.

One in ten feel they are stuck in a ‘loveless’ marriage, while, alarmingly, as many as 15% wish they had married someone else.

Men blamed the unhappy state of the marriage on frustrations with their sex life, while women declared they had ‘too little fun’ and ‘too much worry over money’.

The research, commissioned by a British Law firm, also revealed one third of the women studied had at one time considered ending their marriage.

Women were most likely to cite a fear of being unable to cope financially as their biggest reason for not separating, while men were most worried about the impact it would have on the family.

“There is still a prevailing attitude in society that you should stay together no matter how unhappy you are.

“Obviously divorce should always be the last course of action a couple takes, but the idea of hundreds of couples staying together despite being miserable because they worry about struggling financially is really sad to hear.

“Marriage when it works is fantastic but when it doesn’t it can be a terrible strain on both parties as well as any children involved.

“My work as a family lawyer for the last 15 years has seen both men and women that have stayed in relationships that were loveless for years longer than they wanted because they felt guilty or scared to be alone.

“But the reality is that divorce can be a liberating experience and studies have shown that children are happier if their parents are happy.”

The study also found that, sadly, one quarter of married people are no longer ‘in love’ with their partner, and three in ten have considered ending their marriage or spending time apart.

Arguments about money and rows over other family members were the most likely factors to drive a wedge between couples.

Not having the courage to split from their partner renders one in ten married people in a state of inaction, while men were more likely to admit that a fear of being left alone was the motivation for staying put.

More than half the study felt their partners took them for granted, with a little less than three years the average length of time before people felt things started to slide.

One third of married people genuinely doubt whether their marriage will last forever, and a fifth feel the spark has completely faded.

Only four in ten say their marriage has turned out as they expected it to, and when asked to score their marriage, 71% was the average.

Just 65% of married people felt they got married to the right person, while a third felt there was someone else that got away or that they wished it had worked out with.

One in four married parents sometimes feels they only stay together for the sake of the children.

While a surprising fifth of the 2,000 married people studied said they hadn’t always been faithful to their partner.

Perhaps that’s why only 55% of the study felt marriage was for life.

And 29% said they wouldn’t advise young people today to follow in their footsteps and get married.

“Leaving an unhappy marriage no longer brings the same stigma it used to, people understand it’s often the best solution for all parties involved.

“My advice to anyone feeling trapped or unhappy is to seek legal advice as early as possible before making a decision either way.

“Get all the information you need beforehand and a good lawyer will always be able to put you in touch with mediators and counsellors to make sure the process is as painless as possible.

“With the right team behind you there is no need for you to find yourself struggling financially or feeling scared.”

TOP 10 REASONS FOR PUTTING OFF DIVORCE

1. Not sure I have the courage
2. I might regret it
3. I’m hoping things will improve
4. It would have too big an impact on the family/ need to stay together for the kids
5. I wouldn’t be able to sustain myself financially
6. I wouldn’t want to leave my home or have to sell the family house
7. I’m too old to walk away now
8. I would feel guilty leaving them
9. I’m scared to be on my own
10. I’m worried about being lonely

Well, that’s some food for thought to anyone thinking of saying ‘I do’. Are you planning a wedding? We want to hear from you. E-mail us at: editorial@chelseamonthly.com