Xfactor UK returns this summer with a new judge 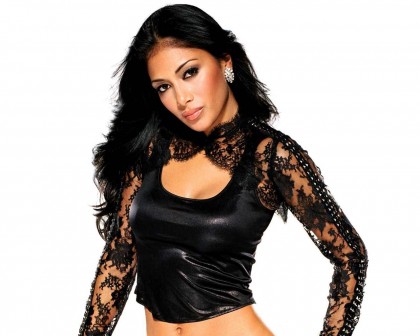 Multi-million selling artist Nicole Scherzinger has been announced as the fourth Judge on this year’s The X Factor. A member of The Pussycat Dolls, the group sold 15 million albums and 37 million singles worldwide making them one of the best-selling girl groups of all time. After taking a break from the group in December 2010, Nicole released her album in 2011, claiming the number one spot in the UK charts with the single Don’t Hold Your Breath and she also reached the top five with singles Poison and Right There. Xfactor who is also nominated for 6 categories at the National Reality TV Awards is celebrating from the massive success of last year’s event. Nicole was a Guest Judge on The X Factor in 2010 and again this year in London during the current Auditions Tour. She takes up her new role on Monday (18 June) when the Judges Auditions Tour rolls into Newcastle, and she’ll be in Cardiff for the final date of the tour on 25th June.

Nicole said: “I’m so excited to join the UK X Factor family. It’s where I got my start, so it feels great to come full circle. I can’t wait to see what talent the UK has to offer and to help inspire and bring out the best in these artists.”

Peter Fincham, Director of Television, ITV, says: “Nicole will bring her wealth of experience, both as a solo artist, and as a member of a group, to this year’s Judging panel. We’re delighted that she’ll be joining us for the forthcoming series.”

Richard Holloway, Managing Director, Thames, adds: “Nicole is an absolute star. She’s sold millions of records worldwide and she’s extremely well qualified as a Judge – she was brilliant when she stood in as a Guest Judge two years ago and again this year. We can’t wait to start working with her.”

Charles Garland, Chief Executive of Syco Entertainment says: “We are delighted to welcome back Nicole to the UK X Factor. Nicole is a global star and proved to be extremely popular with viewers when she guest judged for the UK panel two years ago and it’s great to have her on the team.”

Nicole joins Gary Barlow, one of Britain’s most successful singer songwriters and a member of one of the biggest pop groups of all time, Take That; Tulisa who as the lead singer of one of the most successful urban British hip hop groups, N-Dubz, has had eight top 40 hits, album sales of over 1.2 million and topped the charts with her debut solo single earlier this year; and renowned music manager Louis Walsh who masterminded the careers of the multi-million selling pop groups Boyzone and Westlife; on the panel for 2012.