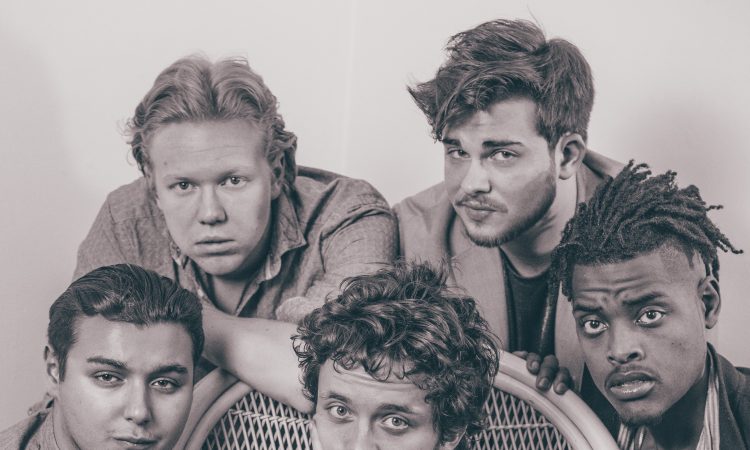 In the Fall of 2016, Indiana Heights  met at college in Boston. Due to their similar musical tastes (Billy Joel, The Doobie Brothers, Earth, Wind & Fire, Etc.) they formed a band with the goal of bringing a classic sound back into modern music. The boys strive to find what vocalist Frank Shelton describes as “a comfortable marriage of complexity and attainability.”

Their self-titled debut album released in 2018 features seven original songs ranging from the feel-good groove of “Hazy Shade of Blue” to the anthemic rock of “Second Year”. “Smooth Operator”, the single from the album, is “infectiously upbeat” and “magnetically uplifting,” says A&R Factory.

The core of the new single “In the Thick of Things” is centered around excelling here especially with a full-faceted musical and lyrical approach that never overreaches. Indiana Heights knows what they do best but never let themselves be too hemmed in by expectations. The band has a surprisingly rugged rock and roll side that emerges on this single and its influence extends even into great balance and focus.

Indiana Heights, with their obvious regional affinities, are unsurprisingly a family affair. Vocalist/keyboardist and primary songwriter Frank Shelton takes on singing duties and gives listeners full evidence of their quality in the song. There’s a great freshness in the band’s sound despite the fact that they are tilling familiar lyrical and musical ground.

There is a lot to  “In the Thick of Things” but there’s more of a pronounced bittersweet quality underlying the experience that has brought the song’s speaker to their current state. There isn’t a better song  to serve as its closer because it neatly encapsulates all of the lyrical and musical elements involved in making the release so successful. Indiana Heights couldn’t have possibly gotten their career off to a better start with “In the Thick of Things”. Since the song is being released on  November 27, 2020. We decided to catch up with the boys for an interview..

What inspired you to get into music?
We grew up on the music of the ’70s and ’80s which inspired each of us to pursue full-time music careers. The sounds of Steely Dan, Billy Joel, and The Beatles are huge influences on our style.

How would you describe your music?
We use rock-fusion as a base line for our songs, but dip our toes into all sorts of genres. Our goal is to create music for people who want to groove out and have a good time.

What would you say is your recording and song writing style?
Our song writing echoes artists like Billy Joel or Paul Simon, but we depart from the norm by adding aspects of rock, funk, and jazz. On top of that, we add our own modern spin through production techniques and instrumentation.

Where would you like to see your music career in 5 years time?
In 5 years’ time, we hope to have a consistent fan base and be able to sustain ourselves financially from our original music.

Where can music fans listen your music?
People can find our music on any streaming platform or through our website: indianaheights.com
Spotify