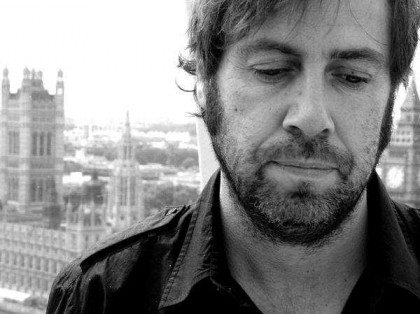 Today we get to hear a few words from the man himself, Peter Bruntnell, after releasing London Clay on the Independent Charts, and coming in at number 3 on the week of December 7th.

Hi Peter, thanks for talking to us today. So when did your life in music begin? Was there any other interests growing up, or were you always going to be a musician?

A. It was either be an astronaut or a musician, I thought the musician route would be more financially rewarding,

Where does your inspiration come from, what motivates you to write the lyrics you do?

A. Things I read about or what just comes out of mumbling melodies and a desire not to sound like all that cliched crap one hears every single day on commercial radio.

I like the Borderline in London. I also like playing in the U.S. especially in the dirty south.

You’ve just released your single ‘London Clay’ on the Independent Charts, care to tell us more about that song? Does London have a special place in your heart?

The lyrics were written by myself and my co-writer Bill Ritchie who lives in Vancouver B.C,  they mean many things to me, I wanted this song to sound like a sixties pop song, which, in the verse , I think it does, the chorous sounds maybe a little more modern, not sure really. Yes London has a special place in my heart, I live in Devon now but every time I’m in London I get excited and drink too much.

My main challenge is stopping my wife from throwing me out for being poor musician. I do as much laundry and D.I.Y. as I can to overcome this as flowers don’t work anymore.

Neil Young.  If I could play with anyone it would be with the one and only John Lennon.

What should we expect from you in the future? Is it world domination, or are you just going to keep doing what you love?

I have applied several times this year to NASA but so far I have not heard back so it’s more of the same I’m afraid.  I think we might be touring in the U.K and the U.S. a bit next year. I would like to start another record next year too, not sure what kind yet, I’ll have to wait and see how the songs come out.