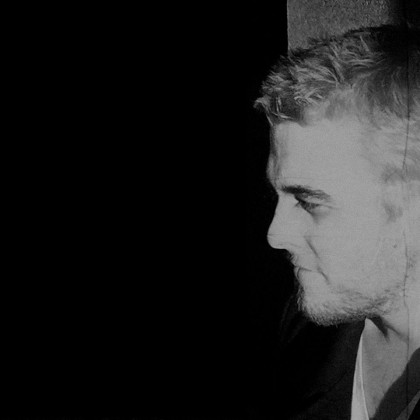 Rhys Coleman gives us an in depth interview and speaks about his music, life as a musician and his new Single ‘Waterfall’ out now on the Independent Charts!

Hi Rhys, thanks for talking to us today. So when did your musical journey begin, how long have you been writing for?

My pleasure! I was quite little when I started playing music, about 8 if memory serves. My first real instrument was the piano – I moved on to drums and singing when I was older, and ended up playing in a fair few bands for/with others, but didn’t start writing solo material properly until about 2 years ago. It took me that long to find a sound I was happy with.

What are your songs about? What parts of life do you draw inspiration from?

A lot of artists draw from life experience when writing their material, but when I started writing solo stuff I was in the very fortunate position of having a very nice life! It sounds weird to mention that, but a lot of the best songs come from bad situations, and I’d had the good fortune of being in very few! So originally I wrote about hypothetical scenarios and fictional worlds, but in that time I’ve been around a bit more and have a bit more experience to draw upon.

Who are your favourite artists? Have you got an iPod or anything like that? Who would be on the ‘most played’ category?

I get mocked a lot for this, but I’m a big My Chemical Romance fan. I’m really excited about the next few months, because they’re releasing some more material, and Biffy Clyro are releasing a double album. The most played album on my iPod at the moment is bound to be In Between Dreams by Jack Johnson – I remember spending this awesome summer listening to that album so it’s got so much value. No Other Way’s a particular favourite track.

You’re just released a track called ‘Waterfall’ on the Independent Charts, how did that song come about, are there any hidden messages?

Waterfall started out as completely hypothetical – in my mind it was about this couple that wake up one day and just don’t feel the same way about each other. The track took ages to write, I was working on it for about 2 years, and about halfway through the writing process – a year ago – I was having a really bad time of it, so it started to take on more relevance to me personally. So if anything writing the song became a stress release. A few people have guessed what the waterfall is a metaphor for, and I really love hearing their ideas so I’m keeping my meaning for it close to my chest.
What kind of shows have you been playing lately? Have you got a favourite venue, or place to play?

There’s a little venue called Ye Olde Farmhouse at the top of Bath where my friends and I like to play music and have a laugh – it’s become a really great family vibe. I was asked to play a gig there which was a lot of fun, and it’s become one of my favorite venues. I played in Moles with some friends, a nice little acoustic set, which was fun. Out of town, The Fleece in Bristol put on some great nights, the Vic in Swindon was awesome too.

Like I say, I’ve been really lucky with the life I have thus far, so there were only really two main obstacles to my music; the first was apathy. Until I really cracked on with writing, I had this attitude of sitting back and waiting for inspiration and success to fall in my lap. Sometimes people are very lucky and it does, but I did my research and discovered what a difficult job being a musician is. That was a wake up call and got me off my arse. The second was nerves – I used to be very nervous around people, whether they realised it or not, and had to overcome that to meet cool new people and make good music with them.

What does the future have in hold for your music? Where would you like to be in five years time?

The idea of being really famous has never really appealed to me. My ideal life would be being successful enough to make the music I want to make and be able to pay for a roof over my head and some food to eat. I don’t mind slumming it too much, in fact couch surfing can be quite fun! I’d absolutely love to play Later With Jools Holland at some point, I think I’d feel like I was doing well if I played there.