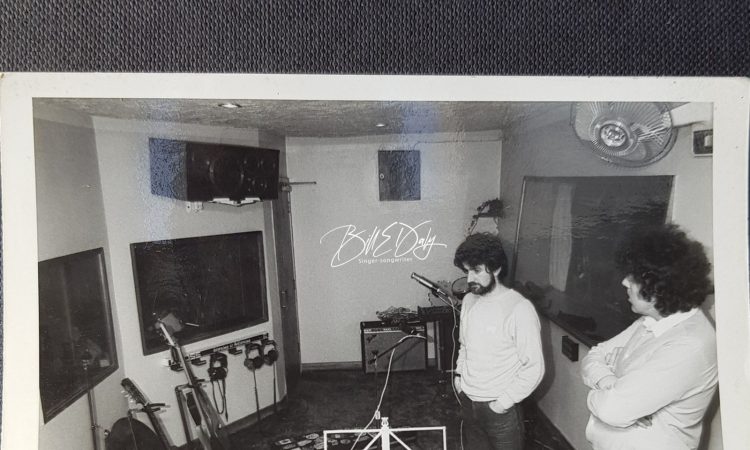 Athlone-born, Dublin-residing singer-songwriter, Bill E Daly, is a lifelong artist whose journey started like many
others – with the acquisition of a 6-string as a young teenager. In 2017, Daly’s dream of building their studio
came to fruition, shortly after, their debut album ‘There is a Time’ was born and hit the Google Play Folk Charts. His
sophomore release came in the form of their EP ‘Parachute & Oxygen’ released in 2020. Their 2021 single
‘The World is Waiting’ has set the precedent of what is to come from the eclectically genre-defiant artist.
By allowing their recording process to be a creative space of experimentation with expression, there’s no telling what
will follow their profoundly dark yet compassionate release ‘The World is Waiting’.

Bill E Daly, painted a stark portrait of the ennui-laden faces which gloomed around his hometown during the 2020 lockdown with their latest ominously bluesy single, ‘The World is Waiting’. With dark folk tones and even darker imagery which draws from the despondence found in the natural world to leave you cowed by the resonance, Bill E Daly takes none of the grit out of reality but still manages to pacify through murder-folk style theatrics.
With reminiscences to Nick Cave, PJ  Harvey, or the Cramps on a quiescent day, the independent artist’s music is a magnet for those who look for light in the darkness.
Bill E Daly said:
“The World is Waiting was inspired by the impact of the 2020 lockdown on young people
who were unable to pursue passions and follow rights of passage. It highlights the pitfalls
of staying connected digitally when those ‘social’ tethers can leave self-esteem marred,
while fear of failure adds even more crushing weight to the isolation-driven depression.
With elders out of sight and out of direct contact, it is important to hear words of wisdom,
encouragement and hope.”

Amelia Vandergast at A&R Factory said: Some songwriters start penning music before they have something to say, transfixed by the process of creation itself. Noteworthy songwriters take a seed of inspiration from observing reality, let their creativity run wild, and offer a fresher and brighter perspective. The World is Waiting does exactly that. The unparalleled level of empathy stands as a testament to Bill E Daly’s sense of creative responsibility; he’s exactly the kind of artist we need to hear more from in 2021 and beyond.

Click here to listen to the track on Spotify