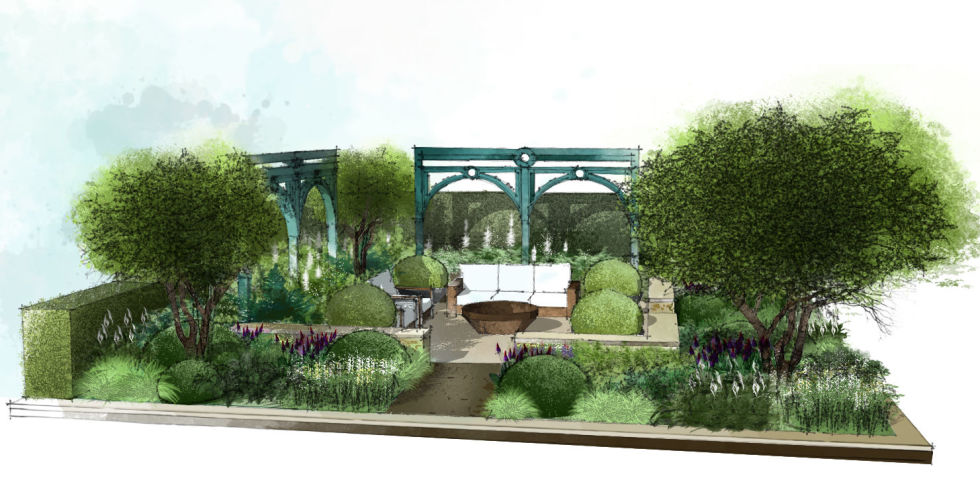 Covent Garden is set to be reimagined as a breathtaking Show Garden at this year’s RHS Chelsea Flower Show, bringing a much-loved part of London to the world-renowned event for the first time.

‘500 Years of Covent Garden: The Sir Simon Milton Foundation garden in partnership with Capco’ will be designed by award-winning garden designer Lee Bestall to showcase the area’s rich horticultural heritage. The garden celebrates Covent Garden’s early roots as a fruit orchard until the 16th century and later as a flower market, as well as the iconic architecture it is known for today, including the Market Building.

The Show Garden is sponsored by Capco, the landowner and steward of Covent Garden, in partnership with the Sir Simon Milton Foundation, the Westminster based charity which champions opportunities for young and old.

Central features of the garden include three 60-year-old retired apple trees, harking back to the early beginnings of ‘Convent Garden’ as an orchard belonging to and supplying the monk’s table at Westminster Abbey, in addition to the 300 year-old provenance of the neighbourhood as a fruit and flower market.  Flowering herbaceous plants will reflect the colours of apple blossom and large steel structures will reflect the distinctive arches of Covent Garden’s Grade II listed Market Building.

Reclaimed cobble pathways will guide visitors into the centre of the garden, just as the surrounding streets do into Covent Garden’s Piazza. A central seating area, paved with reclaimed York stone, provides a place to sit and relax, inspired by the social and modern dining environment of the Piazza which, as London’s first public square, was designed to bring people together.

Immediately following Chelsea Flower Show, elements of the garden will be given a home on the iconic Piazza that provided its inspiration. The retired apple trees, planters brimming with floral displays and furniture from the show garden will be relocated to Covent Garden’s Piazza to entice shoppers to sit and enjoy the floral oasis. Luxury alfresco food and drink pop-ups will enhance the garden during the summer months, starting with a Nyetimber bar from Thursday 1 June, serving one of the world’s most celebrated English sparkling wines with a taste of Covent Garden’s most popular dining destinations.

Commenting on the announcement, Lee Bestall, garden designer, said “I’m incredibly excited about bringing retired orchard trees to Chelsea to help tell the fascinating backstory of Covent Garden through a beautiful, relaxing space designed for people to share a special moment in together – just like the Covent Garden we know and love today”.

Beverley Churchill, Creative Director, Capco, said “We are thrilled to be celebrating the rich heritage of Covent Garden, with a garden that we are proud to sponsor on behalf of the Sir Simon Milton Foundation, at this year’s Chelsea Flower Show. Lee’s design for the garden is remarkable and demonstrates our ongoing passion and commitment to creating high quality green open space for the public to enjoy at both of our London estates”.

Robert Davis MBE DL, Founder and Trustee of the Sir Simon Milton Foundation said “We’re delighted to be back at Chelsea Flower Show and working closely with Covent Garden who share our vision of offering more opportunities, spaces and activities for those living in the capital. We strive to continue Simon’s vision of a society in which communities care, the young aspire and older people thrive and I look forward to seeing the many visitors at Chelsea enjoying the garden”.